You are here: Home / Uncategorized / Procrastination

Procrastination. It is bad. It is negative. It is evil. It fails you. It got you no where. It stops you.
In Malay, it is berlengah-lengah. Or Bertangguh-tangguh.
“Biarlah dulu.”
“Nanti lah saya buat”
“Sekejap lagi lah”
“Esok lah”
“Maybe next time”
“Not now”
“Hmmm tengoklah”
Semua ayat ini digunakan untuk procrastinate. And I am not surprised I am using them a lot. Yes. LOTSSSS of time in my life. It was done by the subconscious mind. Minda luar kawal. It became habit. You don’t realise you are VERY good at practising procrastination. You are great procrastinator. Amazing!!!
And recall back to that point, I’d just noticed I’ve been delayed, or been behind schedule for 2 years plus. Yes 2 years. By who? By me. Yes, me!
The last time I consciously decide to get it done now, was when I decided to get married. Yup. After that mission accomplished, I unconsciously did not do anything much in my life anymore. I went with the flow. Few things missed out. Opportunities passed by.
Of course married life is great. But it could have been better if I took charge MORE in OTHER ASPECT of the life. But that was again, unconsciously ignored.

Back to the title. What is behind this habit called procrastinate?
There are always excuses. Yes, excuses to not do it NOW. Do it later. Somewhen that is not now. Whenever as long as not now.
Lazy is closely related to procrastinate. And half of the time is part of the excuse.
“ah I’m lazy lah now”
“malas la sekarang”
“tunggu la aku rajin”
There are more excuses, but I will elaborate more about excuses in post named “excuses” itself.
So?? Do it now. If you are not sure how, go ask NOW how. No one to ask, JUST DO IT.

Speaking of just do it, detail people argue that this act means the doer has no plan. Thus, there is another excuse, it is not planned yet. I will do it once I’ve planned it.
Well you are being unfair to yourself, cruelly put yourself stagnant at a point less worth staying. When you are procrastinator, waiting for a plan – usually for a PERFECT (which is impossible) plan- will forever be your excuse. And this excuse repeats itself forever because perfect is impossible. When you are procrastinator, you don’t need plan. you just need ACT. Go do it. Because procrastinator only have one plan, plan to delay. Yes it is so true.
Plan less, act more, you’ll fine tune the plan along the way. 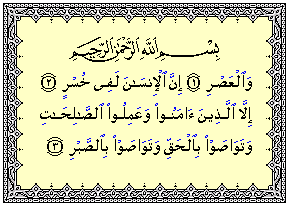 This website is not intended to replace professional consultation, diagnosis, or treatment by a licensed physician. If you require any medical related advice, contact your physician promptly. Information at tuahdinda.com is exclusively of a general reference nature. Do not disregard medical advice or delay treatment as a result of accessing information at this site.